River’s Edge is a crime drama film from 1986 starring Keanu Reeves and Dennis Hopper. Worthless Recordings, in its visionary creativity, decided that perhaps it might be interesting to put film to tape, stripping away the visuals for only the auditory experience. I’ve never seen River’s Edge, besides hearing it on this tape, but now that I know the subject matter I think I’d like to.

It’s a bit difficult to review a movie that you hear, and I won’t spend any time discussing the merits of the film because that’s not what we’re here for. Instead, I’ll talk about the dubbing, which is quite excellent and crystal clear. Worthless Recordings has done a few interesting things here and there, and I will say that this cassette is a form of media that takes us back in time to the days of radio programs. As a child of the digital age, it’s difficult for me to listen rather than watch, and so I often struggled with this tape in a whole different way, not because it was hard to listen to but because of my own jittery personality.

While I don’t know how often I would listen to River’s Edge (if at all), it’s an interesting experience without a doubt. On my own dime, I probably wouldn’t buy this simply because I wouldn’t get as much use out of it. But for those who enjoy listening rather than watching, this might be a good way to check out some movies – or if you’ve already seen River’s Edge, it’s a unique way to experience it. 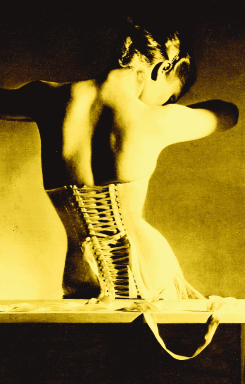 Sometimes there are tapes where you wish they would go on longer. That’s how I feel about this Strange Notes and Sweet On You split, two artists I’ve never heard of but would like to hear more from. This C10 feels much too short, although the intensity of the harsh noise wall textures on display on this cassette might be difficult to sustain for more than five minutes per side.

Both tracks are quite similar in sound, wallish textures that rip and shred and are just intensely harsh. There’s a lot of sawing, scratching, and roiling, and both artists really tend to switch up their texturing quite a bit throughout each track. That means that neither of these tracks are generic harsh noise walls, but instead harsh noise with wall-like focal points. It’s great, though, and that’s really all there is to say about it – if you don’t like the movement of these tracks, then you’re probably looking for something longer and more stationary, but harsh noise fans will not be disappointed by the intensity on display on this C10.

Day of the Dead is one long 60-minute harsh noise wall track from Burial Ground, and it is the follow-up to the artist’s recordings meant as tribute to George A. Romero’s zombie trilogy. The cassette itself is one-sided, meaning once you’ve finished up the lengthy release, you’ll have to go ahead and rewind it to play it again, although with the sheer length of the piece, you probably won’t need to for some time.

As a HNW track, Day of the Dead in incredibly thick. It starts and ends with music and sound clips from the film, then churns right into the static fluctuations. For the most part, Burial Ground gives us an unchanging wall of sound, and it is quite difficult to listen within the piece for any sort of shudders of static or focal points to give the track some overarching texture. Instead, Day of the Dead is about sheer force, and it will take some patience to get through the hour of this cassette.

But it’s rewarding because of its thickness, a concrete slab that is difficult to traverse. Within are small moments of change, like the screaming howl of the static paired with the constant pummeling of bass. It’s like an unending scream of zombies, and although this cassette is quite long, the ability for Day of the Dead to hook you with the immensity of the wall makes Burial Ground’s release something to check out. 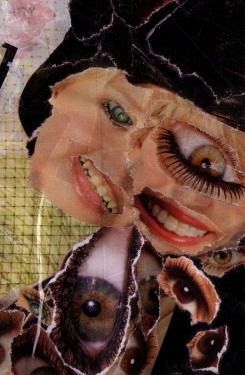 Mannequins’ artwork for False Smiles False Lives looks a lot like something that Wolf Eyes or Aaron Dilloway would have for their layout, and so it’s easy to expect some drone freak-out akin to that style of rhythmic noise. Instead, False Smiles False Lives dwells within the horrors of harsh noise wall, two side-long tracks of static surges that never remain rooted and instead oscillate within their defined borders.

The first cut offers up some mid-paced walls with mid-pitched static, nothing too out of the ordinary or unheard of. The static often remains chunky and shuddering, and the multiple layerings twist in and out, often churning back and forth before switching to different tones. Somewhere along the middle the static changes from the initial mid-paced shudder to a deeper, more reverberated noise, often a sonic associated with jet planes taking off and landing. I enjoy the shifts within layers, that Mannequin finds a groove but doesn’t lock things down. But the change in sound happens a bit too fast, and it would have been nice to stick with the first bit of static a little longer.

Over on side two is another thick wall, a little bit more jarring than the other side with a nice bit of bass underneath a juddering layer of higher static. The static often feels barely held together, like it will fall apart at just the turn of a knob; it’s that crunchy sound that makes harsh noise wall so hypnotic, and Mannequins is able to capture a wall that, when listened to closely, also retains a bit of background echo that sounds like a synth drone. There are small changes in texture, like a quick cut-out in the middle of the track for crackly static lines, but overall this piece from Mannequins is rather unchanging.

False Smiles False Lives is a nice entry point in the genre for Mannequins, with two raging tracks ranging from shifting harsh noise to mostly rigid harsh noise walls. The tape is well worth a listen, and I’m definitely waiting to hear Mannequins in the near future as some of the stuff on here reminds of Werewolf Jerusalem and other Ramirez-related output. 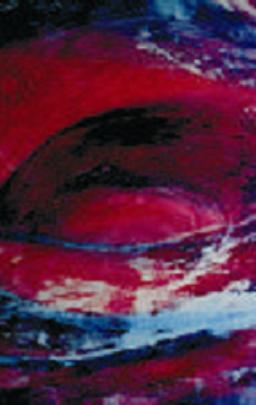 Worthless Recordings, a newer harsh noise label that has been putting out rounds of stellar releases, features this lengthy single-sided piece from the mysterious drone project Broken Spirit. There’s little information out there about the artist, and Let Me Go is one of two releases so far. It comes packaged on a C110, with around five minutes of silence at the end of the single 50 minute track. Even the artwork is concealed, with swirls of pink and blue artwork along with a simple labeling of artist and release on the inside of the J-card.

Let Me Go is a side-long untitled track of expanding drone and slight boils of static that envelops the sound. Over the course of the track, the listener is taken along a ride of subtle tone changes, shifts in pitch and volume that creates a massive soundscape reminiscent of what a harsh noise wall can do at its best.

The drone is very nuanced, with waves of sound crashing over itself. At times, little beads of static can be heard underneath the synth-like sounds, and everything is bathed in a good amount of darkly atmospheric immensity. The climaxes are churned and expanded, and there are probably more turns and shifts in this mysterious piece than most multi-song albums.

Let Me Go is undoubtedly good drone, and the long track means that the listener will be mesmerized long into its runtime. It also means that tape will get multiple listens as the listener attempts to track the small shifts in sound, allowing those waves to wash over and over while getting sucked into the chaos of the sound. The small gripe I have is the lengthy end of the tape, with about 8 minutes or so of silence, and the single side of this cassette. I’d love to hear a full 110 minute release from Broken Spirit – I can only imagine how calmly climactic that would be.