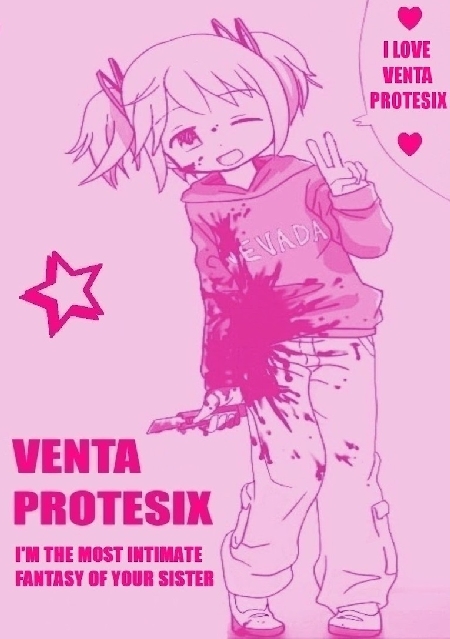 Whether you subscribe to that idea or not, Venta Protesix doesn’t care – that’s what you’re going to be hearing. There are two short tracks on this 8 minute mini CD-R; the first title track is a hodgepodge of clipping loops, pitched oscillations, and Japanese anime voice-overs. Some of it works, and some of it doesn’t – that’s the trouble with cut-up because you never know what you’ll get, and obviously some of these loops don’t grab the attention as much as others. In longer form, it might have been more successful.

The second track is more of a harsh drone than cut-ups. “A Hikikomori’s Immoral Tendencies” features an feedbacked source drone with some variety of whirring, high-pitched sounds overtop of it. It’s a more focused track than the first, but overall it’s not an immensely rewarding offering.