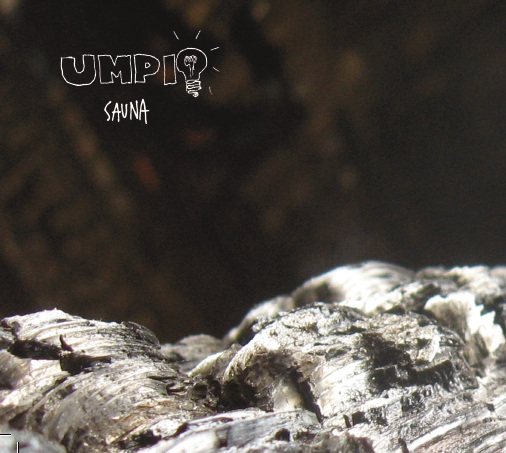 Umpio previously released Sauna as a C30 on ObscureX back in 2010, but Terror has nicely redesigned the set in a digipak, with four new tracks previously unreleased. It’s a great-looking digipak, and for the price you can’t beat restocking your collection with a re-release that adds so many more tracks.

Umpio hits hard with the two focal points of the release, the two fifteen-minute tracks “Burning Foundation” and “Heat, Sweat, and Stink.” Both are long-running moments of harsh noise destruction, with the latter track taking on a more ambient, spacier tone. “Burning Foundation” features what sounds like a percussive rhythm underneath the scrapes and smashes of junk metal.

The four additional tracks, recorded a year after the original Sauna set with Pekka PT, are shorter and brisker, straight to the point with scratchy crumbles. They certainly sound recorded at a different period than the first two tracks, but these ones have a cohesive feeling – mainly emphasized by the higher-pitched screeches that clamor around each cut.

If you’re a fan of Umpio’s brand of junky, metallic harsh noise, Sauna is well worth the purchase. The four new tracks add a lot, even if they don’t feel particularly linked to the the original release. And Sauna is even a good starting point for those looking to get into Umpio. 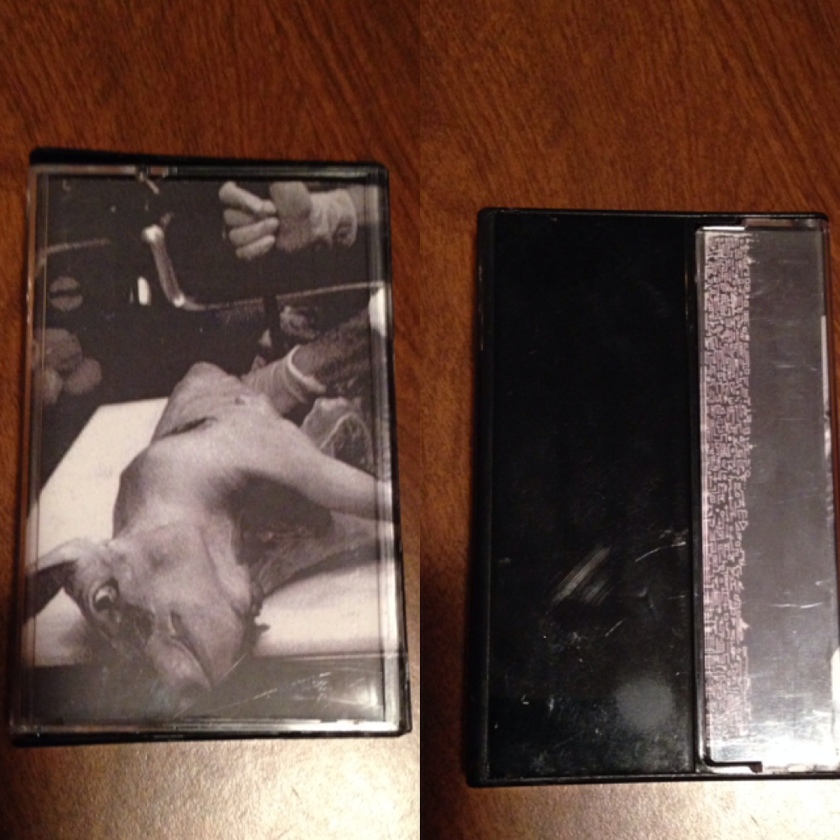 From my research, tripamishqi seems like a word for pig intestine, a cuisine favored in South American regions. This would mimic the cover artwork for Umpio’s tape as well as the track titles like “Soup Bones” and “Into the Pigsty.” Tripamishqi is an unforgiving work of harsh noise on one side and droning tones on the other, and Umpio does not relent from the harsh metal-sounding cutups of the four tracks on the cassette.

The first side features three shorter-length harsh noise cuts. They’re all very choppy, with the requisite fast pace of frantic noise, and each of them switch back and forth from heavy static crackles to more digital-sounding shudders. But the most interesting aspect of Umpio’s brand of sound is the intermittent squeals of feedback that populate each of the tracks. Though it’s difficult to tell the difference between the three, Umpio takes the time to break up the sound of electronics crumbling into rumbles of jagged bass in order to include intense wails of jarring high-pitched feedback. These moments break up what could be a monotony of knob-twisting.

Tripamishqi‘s B-side is a longer cut, encompassing the entirety of the side, with a droning rhythmic pulse that sets the tone. Bass wavers and subtle notes of feedback weave in and out; there’s a bit of static that can be heard in the background, but for the most part, Umpio maintain a minimal feel throughout that is a nice juxtaposition to the rowdier first half.

Tripamishqi is an interesting release that works rather well to define Umpio’s sound. The alternation between harsh noise and more minimal noisemaking allows for variety, but both sides still manage to encompass the theme of a pig slaughterhouse all the same.