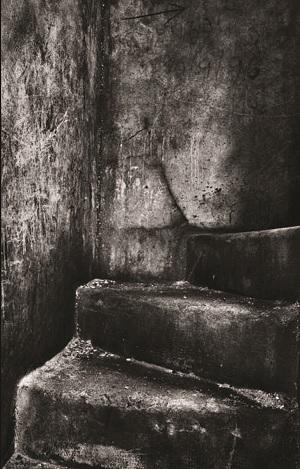 “Pyrolysis” is defined as an irreversible chemical change brought about by the heating of organic material; in Knurl’s case, the material is the intense destruction of electronics, scrap metal, and other objects that form the basis for his noise. The project has been going on for some time now, and Alan Bloor, the man behind the moniker, is known for using different instruments for his recordings. On Pyrolysis, the attacks of his tracks are harsh and swift, opting for intense blasts that don’t cease.

Both tracks are part of the whole of Pyrolysis, and they sound it – their MO is to blast the listener as much as possible with huge bass rumbles paired with whatever crunch and junk Knurl wants to throw in. There might be squealing feedback, although not as harsh as other artists are known for; there are steady scrap metal scrapes, and, on “Part 1,” a noticeable droning pattern within the mix.

“Part 2” has a similar rumble, but there’s a higher-pitched sawing-like grating sound throughout; this isn’t fixed, and Knurl likes to deviate from the course at times, but it’s the best way to identify this track from the other one. Otherwise, Pyrolysis does tread carefully around territory where the two tracks could sound too alike. There’s an emphasis on “Part 2″‘s tendency to cut out, stopping the rumble and then restarting it in cut-up fashion.

If one likes intense harsh noise, then Knurl’s Pyrolysis is the way to go. It is a case of an artist never letting up on the sound, allowing the noise to soak in without caring about sensory overload. It’s a monumental release, 40 minutes of huge sound.