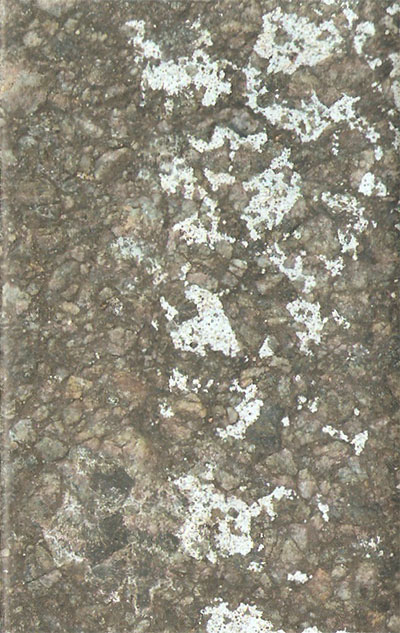 156’s Adel Souto switches up his output all the time, and on Frontyard/Backyard he opts for a found sound approach to noise. There’s continually an influence of tribal ritualism, of percussive rhythms, that flow throughout his work, and on this C40 tape, 156 utilizes the urban noise of New York City and surrounding areas as a sound source for collaged tracks.

Both tracks, “Frontyard” and “Backyard,” are sourced from outside sounds, although many of them sound intentionally played as instruments. Wind chimes are struck in a lyrical method; the sounds of subway sounds or jets in the sky become the bass rumble of the city’s drone.

“Backyard” features a few repetitive loops like a trash can lid banging over the sizzle of a sprinkler system. There’s a cat meowing in the finale of “Frontyard”; while none of the sounds 156 assembles are all that noticeable on their own, when paired in this montage of city sonics it works as a cultural assembly of everyday rituals, however bleak it comes off.

Frontyard/Backyard is worth the listen, especially given all of the time spent assembling the field recordings. For those who live in a city, it will be easy to recognize the sounds; for those who don’t, a new soundscape awaits.