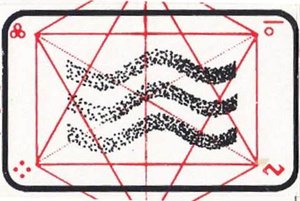 Doropea is an homage to Fabrizio Modonese Palumbo’s hometown of Torino, in reference to that town’s fountains and in part the rivers that make up its geography. In true thematic fashion Doropea is split into two parts, just like the duality of the two rivers. Both span one side and about 15 minutes, and they document two different styles for this artist.

The first side is a hypnotic series of sustained feedback drone tones with occasional found sounds, like the clacking of a typewriter. The whole thing is held together by occasional piano plinking and organ work, creating an ambient soundscape that works very well to pull the listener in. It feels organic and thoughtful, almost bucolic, and it’s an enjoyable fifteen minutes.

The second part also incorporates found sounds, although this one tends focus more on droning electronic elements. A faint repetitive tone seems to be sourced from the track’s early snoring recording, and Fabrizio Modonese Palumbo allows the track to expand outward from its initial drones, even giving the track some humming every now and then. It even quiets down for a slow climax outro, a twinkling echoing synth line that ends the album.

Doropea is an interesting release and one that certainly captures the intricate essence of “home” for an outsider; the ideas here help tell the story of what Palumbo memorializes from Torino, and it’s a deeply pleasant motif.