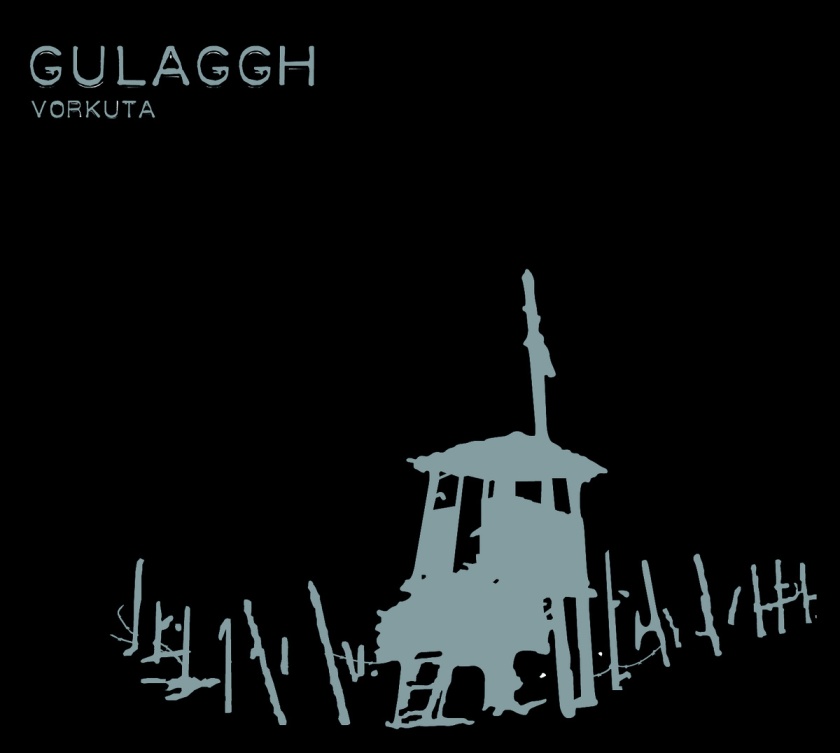 Vorkuta was originally released in 2008 as part of a trilogy of albums about prison camps, but Crucial Blast has re-released the first of those three in a simple digipak. Gulaggh is the transformation of the original group Stalaggh after they concluded a different trilogy of releases; the musicians are surely focused on their themes.

This one-track album, lasting about 45 minutes, is composed of two distinct movements; the first, which lasts nearly half the time, features droning dissonant chords and bass booms along with a Russian giving a speech in what must be a recorded announcement to the gulag. The track swells, expands, ultimately becomes bloated with the encompassing features of the track, and explodes into a series of cries and screams.

At first they could be anything; perhaps they are just screams of anger or frustration. But as Vorkuta continues, they become agonized cries, not of adults but of children wailing in chorus. It’s unsettling, and Gulaggh emphasize that aspect with impacting bass hits and the calculated roll of snare drum.

If there’s a way to put suffering to sound, Gulaggh have managed to do that on Vorkuta. It effectively epitomizes the terrible aspects of a prison camp as much as I can imagine; in a way, this soundscape is the tortuous expanse of being forced to listen to moral and ethical wrongs while also helpless to stop it. 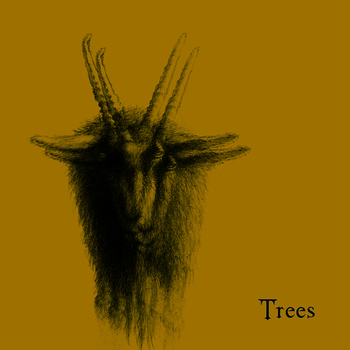 Trees are heavy; there’s really no doubt about it. They perform lumbering doom/drone metal, the sort of thing you’d expect to hear from Khanate or Sunn 0)))’s metal output or maybe a car engine backfiring down a crisp woodland dirt path. Guitar and drum hits clash together as Lenny Smith delivers tortured vocals; you’ll think the next chord will come, and it won’t, at least not at the tempo expected. Trees refuse to play by the rules of doom metal, opting for an even slower approach to rhythm than others in the genre.

Sickness In… doesn’t change things very much from the rest of their output. There are still just two tracks on this release clocking in at 15 minutes apiece; the tracks are still just barely formulated, resembling almost an amorphous blob of sound that feels improvised during the time of recording. Both tracks have flurries of feedback and distortion that break up the constant onslaught of droning chords, and in a way this does help to differentiate them, but ultimately Sickness In… is another release that refuses to change the speed of Trees’ music.

It can be both a good and bad thing. There are moments when these tracks are crushingly heavy, and for a while, the consistent plod of chords works. But across two tracks (and Trees’ discography), this approach grows tired and, worse, expected. There’s no shock in what Trees does; going from “Cover Your Mouth” to “Perish” does not yield new territory or an emphasis on expansion. Trees just do what they do, and you accept it or you stop listening.

Depending on your mood, Trees can grab you or lose you. At some point, it’s difficult to decipher if Sickness In… is intensely bleak and grueling or if it’s just Smith howling out his grocery list to some guys banging a guitar against a cymbal. I guess it’s both, and that makes it commendable and disappointing at the same time. 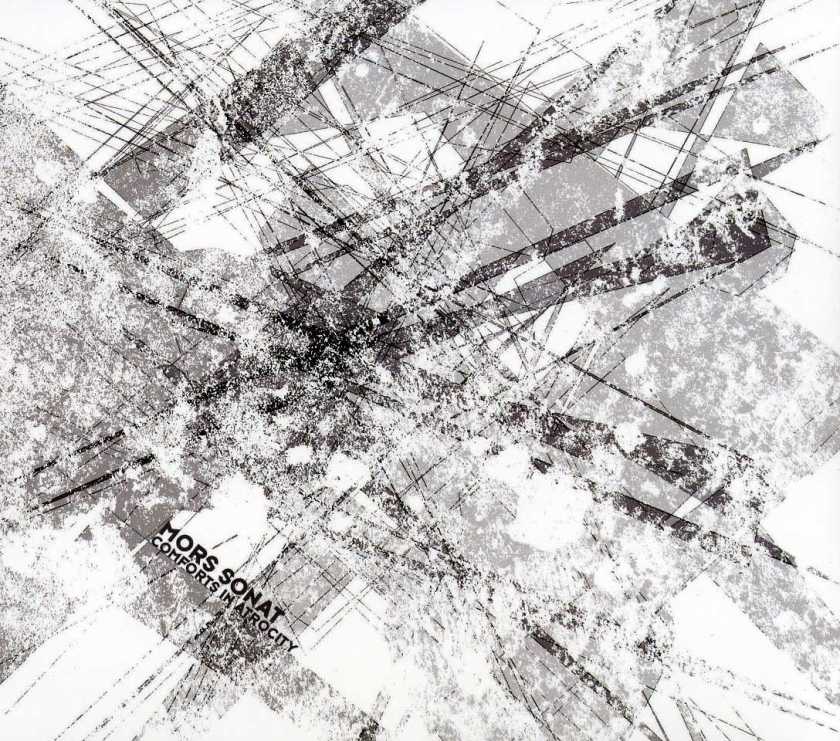 From the opening track “Holy Holy Holy Nil,” Mors Sonat’s new album Comforts in Atrocity feels like it’s set up be a release full of dark doom metal – cello chords are scraped, guitar is fuzzed and drums are struck slowly, tenderly, and with a focus on cymbal tinkling. And yet the end of this track builds up to a huge crescendo of static that threatens to overtake the melancholy rhythm heard before – there are screams in the rumble and feedback in the electronics.

Comforts in Atrocity is not your average doom album, although you’ll often find those components within. Mors Sonat have a tendency to move from quiet ambiance to cacophony in a matter of seconds, and those climaxes are the best part of this album. But the duo of Mors Sonat aren’t always using the blown-out bass and static patterns of typical harsh noise; “Sanctuary in Soil” actually does feel like the listener might bet getting buried, slowly, with the sand making a perfect staccato against whatever wooden box we’re housed in.

These tracks are often matched up with louder ones; “The Vengeance of Embrace” is the longest on this release and also one of the most interesting as a straight-up noise track. It’s got huge bass drones and a pattering rhythm at the forefront, but it also has a ton of industrial sounds and whispered voices in the background – not overly harsh or off-putting, but complex with a hint of rhythm.

Mors Sonat’s tracks often feel like they could fit in multiple genres; “The Sweet Long Legs of Hate” has a nice droning groove to it, with off-key piano and a sustained chord leading the track throughout its length. Then, there’s an absolute crushing noise track after with “So Shall I Weep in Liberation Within the Ecstasy of Decay.” There’s something for everyone, and Mors Sonat do all of it well.