Big Hole has released some excellent harsh noise walls over the years, and Gertie, a 21-minute slab of crunch and static, is no exception. The project doesn’t interpret walls as stoic, unchanging monoliths that force the listener to sit through forty minutes of the same texture looping over and over; while there are projects that do this kind of wall well, that kind of wall noise is often lost in the overwhelming sameness of the genre. Here, the sole track “Gertie” features some textures that never change but also those that intermittently add variation to the tone, a truly enjoyable offering.

The track starts with a real sound clip, an interview with Ricky Hobbs; the release itself is based on the murder of Sylvia Likens, a brutal story of torture and abuse perpetrated by Gertrude Baniszewski and Hobbs that ended with a life imprisonment sentence for Gertie. Horrific murder and abuse plays heavily into this track as Big Hole sets up a damaging static crackle that continues throughout the work while chaotic, arhythmic crackles – in this listener’s opinion, the metaphorical stand-in for torment – continually alters the wall. This is an exceptionally intriguing wall, with the crackling textures becoming a kind of hypnotism and imprisonment for the listener.

Ultimately Gertie‘s running time feels the perfect length, with the wall never ceasing to lose its energy. Big Hole manages to evoke the same tonality as the murder case that he references on this release, and it showcases how harsh noise wall can generate a feeling even when noise itself is emotionless. 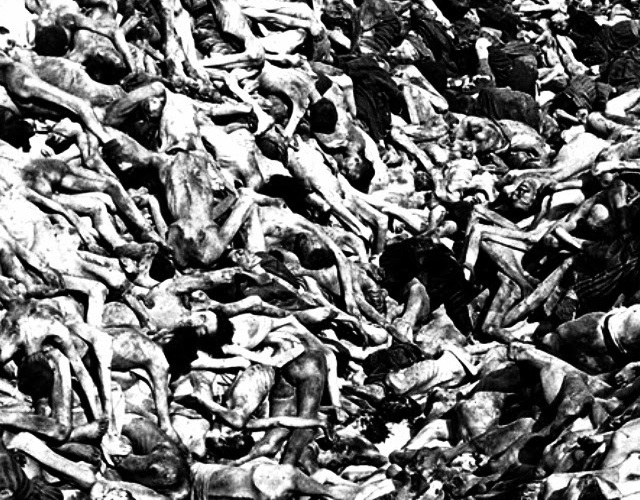 Big Hole’s Overwhelming & Collective Murder is a 20-minute disc featuring one wall, and it starts out with a sound bite from Burden of Dreams, a documentary on the making of Werner Herzog’s film Fitzcarraldo. I’ll confess to knowing very little about either of those two things, but one thing I do know is that this sound clip is perfectly in tune to Big Hole’s oppressive ripping wall spanning the course of this album.

“Overwhelming & Collective Murder” begins with a subtler crackling static before the full wall takes effect, and it’s a nice way to showcase the focal tone before moving into the wall’s more atmospheric layering. When the full wall starts, it’s part of that crunchy crackle – which is nicely raucous and rather fast-paced, wriggling endlessly throughout the 20 minutes – along with a somewhat denser static tone that combines quite nicely, plus a higher-pitched texture that makes up all three areas of the wall.

It’s very easy to get lost in this wall despite its harshness, and I’ll confess to getting absorbed in it despite my attempts to keep attentive to its shiftings – after a while, all three of the textures blend so well together that I forgot where they began, and it’s a hypnotic and, as the title states, overwhelming listen that leaves the ears ringing. Big Hole’s release says to listen loudly, and that’s a dangerous request: it’s rewarding and also quite damaging, and that’s probably the point. 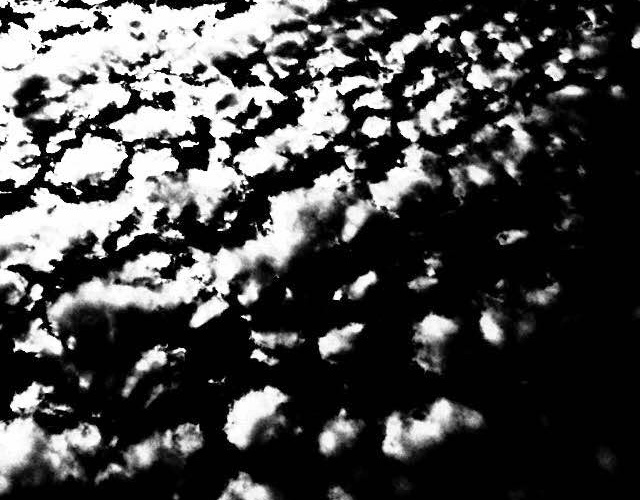 Big Hole has become another artist in the vast field of harsh noise wall known for his great works; The Pearl of My Renaissance, an album recorded back in February 2015, is a self-released CD-R consisting of one massive lengthy wall, clocking in at 72 minutes. The opening sound bite is clearly from Daniel von Bargen (RIP), his voice strikingly noticeable, and at first it seems like – based on the subject matter of other Big Hole works – the dialogue is taken from a film like the notorious Lord of Illusions. However, further inspection reveals that The Pearl of My Renaissance actually comes from a Malcolm in the Middle episode, a pleasantly surprising reference for those willing to do the research.

“The Pearl of My Renaissance” is specifically harsh noise wall, and it’s a cut that’s often particularly overwhelming. There’s very little bass presence in this wall, with a heavy reliance on the omnipresent static in the forefront of the track. This leaves a less dense listening experience, with just a subtle hint of deeper tones toward the background – occasional rumblings that make it through the thicket of crackling sound. The static textures on top are centered and, over time, become difficult to parse because of the insistence of their sound. Big Hole leaves little space in the crackle, and “The Pearl of My Renaissance” becomes akin to torrential rains continually pounding on a thin tin roof.

There are occasional very subtle changes throughout – slight adjustments to the static, I think – but honestly Big Hole remains quite stoic throughout The Pearl of My Renaissance. It’s a difficult listen that’s tough on the ears, and the ending leaves a vacuous silence. This is an uncompromisingly harsh release, and those that last the 72 minutes will feel depleted of energy. That is the point, and Big Hole’s work delivers. 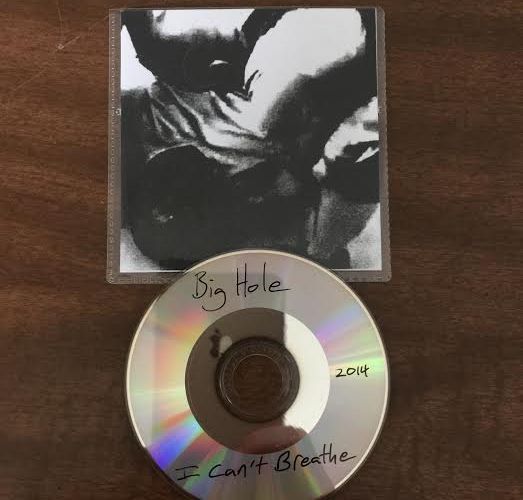 I Can’t Breathe is Big Hole’s reaction to the death of Eric Garner back in December 2014. By now, that video of Garner struggling for breath in the wake of a brutal police attack has circulated the Internet and media more than ever, but when I Can’t Breathe was released at the end of December, it was a scandal that helped push police brutality and racism into the public eye yet again. Regardless of one’s stance in politics – and I think it’s pretty clear where Big Hole leans – that video clip is haunting, so of course “I Can’t Breathe” begins with Garner saying just that before he dies.

Then the album launches into its one long wall, clocking in at just under the 20 minute mark. The idea behind walls in general is introspection, mesmerization, a choking sensation of a sound that just won’t back down. It surrounds and pummels, much like the police in that situation with Eric Garner, and here Big Hole provides a wavering higher-pitched static line that snakes and snarls.

All told, this is a pretty unchanging wall, the only thing really giving the listener any movement being the backwash of static as it ripples – and even that, it seems, is less changing than simply oscillating naturally. In the background is a slight bass rumble, and that’s where I would have liked to see I Can’t Breathe expand a bit more. This texture is listenable, it’s chaotic, but adding a heavy bass tone underneath it all – even just minimally – could have really created a suffocating listen to match the theme of this release.

While I Can’t Breathe is a solid wall, it feels a little too thin. I kept wanting more density to the textures; that’s partially my fault, anticipating something the artist had no interest in, but it also feels like a missed opportunity to match the horrible death of Eric Garner to make a stronger statement, especially in a form of noise that often lacks the ability to emote besides the titles the artist provides.

Big Hole is a harsh noise/wall project from Christopher Charles Robinson, which has amassed quite a few releases in the past year or so. Many of the project’s first albums were self-released in small editions, and You Will Always Be Shit has gotten a second edition of 20. Two tracks totaling about 55 minutes are on offer from the project.

The first, “You Will Always Be Shit,” begins with the titular sound clip from the film Happiness before morphing into a raging wall of static blasts. The sound source of this album – shortwave radios, EQ manipulation – is quite present in the mix, and the first few moments of heavy crackle pair nicely. As the track progresses, Big Hole moves into more of a white-washed territory, the static engulfing much of the rest of the textures leaving a searing sound with little openings. It’s definitely a harsh listen, but the overpowering texture of sizzling static tends to take away from the other textures, leaving a shortwave buzz. To this listener, the heavy static tone takes on too much of an unmanipulated radio crackle, certainly a tough listen but lacking rewarding texture.

The second track, “Blow Your Brains Out,” takes its title from a sound clip Big Hole provides from The Last House on the Left (1972). Again, it’s an immense track of wall textures that has quite a bit of variation over the course of its half hour running time; Big Hole shifts from bass crackles with lots of EQ-manipulated static, a lot more dynamic in its portrayal of the sound and quite a good listen as well. The quick texture shifts work in the track’s favor over its length and show Big Hole is able to craft rewarding textures on the fly.

You Will Always Be Shit‘s two tracks are both heavy slices of harsh noise wall, with “Blow Your Brains Out” the more effective of the two with its alternations. Overall, it’s a solid release from this project that fans of the subgenre should find appealing, and I think you can still get a copy from the artist.