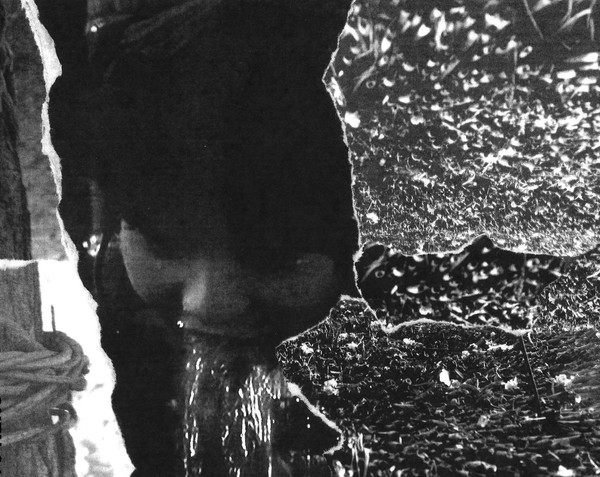 It’s too difficult to tell where one cut ends and another begins on this release, so referring to individual tracks is an unhelpful reference. Instead, Unsustainable Social Condition’s tracks tend to blend into each other, with crumbling noise-wall textures and crunchy swirls of noise pairing well with contributor Josh Taylor’s drum blasts. While Unsustainable Social Condition‘s A-side tends to approach the harsh noise side of things with Purse’s electronics doing much of the grunt work, Taylor’s drumming adds a significant amount to the B-side’s tracks, bringing brute force to the electronic crackles, static swirls, and occasional contact mic-style tinnitus.

These tracks will fly by, making it hard to decipher exactly the methods Purse is employing on this release. Like cut-up harsh noise, this release runs through a gamut of sounds, an excellent introduction to the madness inherent on any one Unsustainable Social Condition release. At only ten minutes, this cassette warrants repetitive plays, and it’s a perfectly chaotic release that should please fans of harsh noise and noise-laden grindcore.