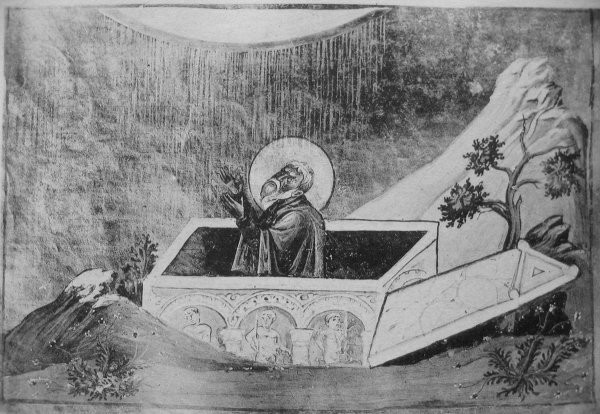 Zurupia de Hermes 2006 is Briche and Paul Bismuth, and as far as I can tell, this self-titled tape is the only release from the project. This is a joint release from Ciel Bleu et Petits Oiseaux Records and Sectarian Violences Records, and it comes on a single-sided C90 (I think – I can’t find any indication of an actual length, but there’s a lot of blank tape left after the Zurupia de Hermes 2006 tracks end). There are some liner notes on the J-card, but unfortunately they’re all in French and although I did take five years of the language, I’m not fluent enough to translate the writing. But this C90, which really translates to 30 minutes of noise from the duo because of its single-sided nature, is a smattering of noisy electronics work that feels very improvisational throughout.

The tape is split into four untitled tracks of mostly similar lengths, although for the purposes of this cassette, the spaces between the tracks don’t really make much difference in the long run. These cuts aren’t really built around a theme, although they do often feature a rhythmic pulsation that differentiates them from other straight-up harsh noise releases. Throughout, Zurupia de Hermes 2006 gives the listener lots of static, frenzied synth work, and a lot of bass experimentation. The bass itself is what often shines through the rest of the noise: sometime sustained, other times random fret work (see “Untitled 3”).

The recordings are rougher in quality, too, which adds even more extra noise to an already chaotic soundscape. When Zurupia de Hermes 2006 are building to some intense cacophony, this release hits its apex; other times, though, the sporadic compositions do little to pique interest because of too much variation.

However, fans of this kind of noise manipulation will find Zurupia de Hermes 2006 doing some interesting experimentation. The noisy bass riffs and some of the synth tones make for some surprising combinations, and the shorter length for these tracks makes for a quick thirty minute listen. I do wish that some of the compositions were a little tighter in structure, but all told a good one-shot from this project.